You are here: Home / GREAT Leaders 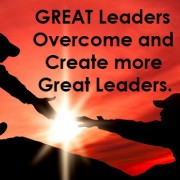 “I have learned that success is to be measured not so much by the position that one has reached in life as by the obstacles which he has had to overcome while trying to succeed.” – Booker T. Washington

In my study of addiction, the twelve-stepper and many of those in recovery will explain that recovery is three-fold. Recovery is physical, emotional, and spiritual.  I would argue that there is a fourth level of recovery, intellectual.  Addicts who radically transform their lives do so in all four areas.

GREAT Leaders who suffered from addiction include:

"Physician burnout has reached alarming levels and now amounts to a public health crisis that threatens to undermine the doctor-patient relationship and the delivery of health care nationwide..." lnkd.in/gs7VzrA

Schools for the elderly are booming in China!!! This is amazing... lnkd.in/gMYQGJc

"...every job is worth wile and valuable..." Watch "'Cosby' actor speaks out after being job-shamed online" on YouTube lnkd.in/gAwZPVS

Save on stores like Fingerhut automatically with free discounts! Honey does it for you. joinhoney.com/shop/fingerhut…